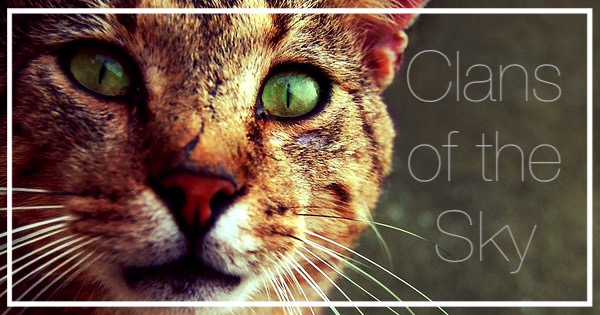 (Val lives in a rather large and fancy mansion, with a huge and well-decorated and maintained lot).

Valérie padded out from the cat door, her small paws lightly drifting across the deck of her mansion. She often went outside, considering it was peaceful and more open. Of course, the mansion was huge, but it was still enclosed. Val enjoyed the open outdoors. However, she never really strayed too far. The cats next doors would tell her stories of the homeless cats. Fierce, ferocious, dirty, feral. Nothing good. Yet, from the way her brother, Beau, described it, not all of them were. He claimed to have found some friendly felines; most of the ones living in the forest seemed to be respectable. He even considered joining them, but he knew he probably wouldn't be able to see his dear sister. So, Beau just lived the thrilling, free life of a rogue. Val, personally, didn't want to live a hard life like it. She liked living as a kittypet - it was easy and comfortable, even if she somewhat disliked being a show cat. True, it made her rather smug, but she felt so pressured in shows. She had to be perfect, right?!
Frowning, Valérie sighed and strode across the deck, leaping onto the railing and down to the grass. It was nice and short, though it poked at her delicate paws. Sniffing the air, the she-cat bounded across her yard. After a bit, she arrived to the fence that separated her and the real outside. Flicking her plumy tail, the molly leapt up onto the fence, perching on top of it. Her icy eyes flicked around, wondering if she'd get any visitors. She'd get some on occasion - they'd even jump the fence and explore her yard. Val didn't necessarily mind, as long as they were friendly.
_________________
Avatar Lineart Credit 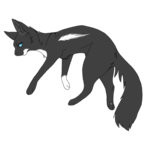